Leading the Charge on a Zero-Emission Future 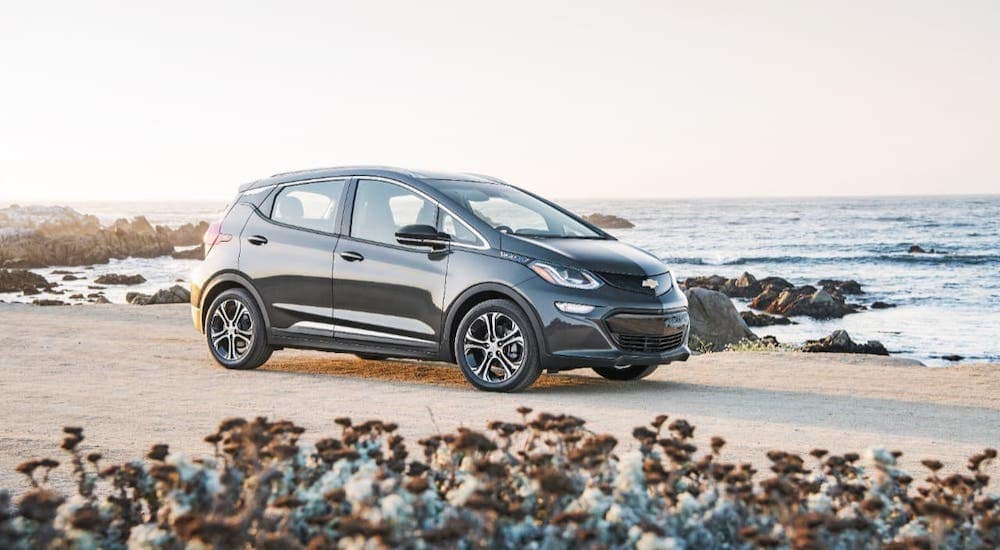 General Motors (GM) has been making a splash with proud declarations of moving towards a fleet of electric vehicles. They strongly believe in the process of reducing carbon emissions for the good of our planet. This is a bold position to take, and it is admirable to see such a proactive passion to change the landscape of an all-electric future. A goal of 30 new GM EVs by 2025 is ambitious and is sure to set the standard for electric vehicles moving forward. With vehicles for every lifestyle and price point, they are innovating new ways to be the leader of an all-electric automotive industry.

Rolling out the new all-electric Hummer is also a bold way to showcase how strongly GM believes in this idea. It would certainly be easy to make an electric version of a smaller vehicle, but to engineer the first-ever all-electric supertruck shows a devoted stake in the game. GM is standing firm behind their vision of millions of electric vehicles on the road to make it to a future with zero emissions. So what kind of technology is now allowing not just smart cars but supertrucks like the Hummer to go all-electric?

So how is the kind of range and power needed to run a supertruck possible? The growing technology that makes this possible is called the Ultium battery. It sounds like something from a comic book, and it is just as cool as it sounds. This new battery from GM is powering more and more of their electric vehicles, and the Hummer EV is no exception.

GMC has partnered in a joint effort with LG systems to develop smarter and more cost-effective batteries. This kind of innovation isn’t being done by any other major manufacturer on such a practical and marketable scale. By getting ahead of the clean energy wave heading for the automotive industry, GMC places themselves as industry leaders with this development project to make battery production costs vastly reduced. This kind of breakthrough could be the first big leap towards GM CEO Mary Barra’s vision of a zero-emission future.

The battery is the most costly part of an electric vehicle, so the challenge is finding ways to achieve the power needed without spending so much. Once that is achieved, it’ll be easier and easier for more vehicles to go completely zero-emission. The benefits of this new battery don’t stop with GMC and the cars themselves. The help needed for this kind of innovation, testing, and research created more than 1,100 jobs with the technical plant in Ohio. GMC shows at the head of the pack that such idealistic and motivated innovations can be a wellspring of opportunity for many to prosper. 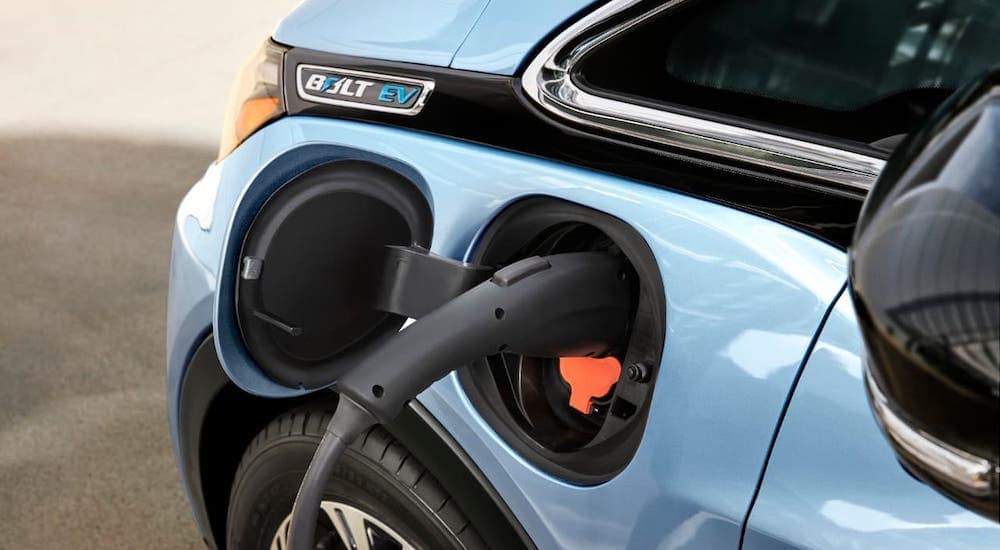 Benefits of an Electric Vehicle

Something that is hard to notice until you sit in an electric vehicle is just how noisy driving can be. Once you ride in an all-electric vehicle, you realize how peaceful and quiet it can be while you drive. Electric engines make almost no sound, contributing to a fun and airy experience behind the wheel that makes you feel like you’re driving the future. Another lesser-known benefit of driving an electric car is the extra space and ease of the HOV lane. More and more highways are built with special HOV lanes for carpool and electric vehicles as an incentive system for clean energy.

The first all-electric supertruck is the Hummer EV from GM. Using cutting-edge design, engineering, high-quality materials, and the flexibility of the Ultium battery, GM has managed to maintain the Hummer’s impressive capabilities while not sacrificing battery life and efficiency. A perfect example of the kind of power and off road toughness the new electric Hummer is capable of is the 1,000 available horsepower and 11,500 lb-ft of torque. That is outrageous power not seen in any other vehicle currently on the market.

Another feature that speaks volumes to how the Hummer can keep up is the available rock crawl for creeping along rocks and craggy hills or the crabwalk mode that lets you drive diagonally. The Hummer EV is also going to include the new Super Cruise technology for hands-free driving. This new development from GM allows drivers to activate the Super Cruise on more than 200,000 miles of compatible roads, and the Hummer will drive and change lanes automatically for you. There is nothing this Hummer can’t do that you would come to expect from a powerful gas or diesel engine. The Hummer EV doesn’t just drive like the future of energy; it looks the part as well.

Looking at the Hummer EV, it is actually kind of ironic that the Hummer EV is literally the biggest fully electric supertruck when the Hummer originally was criticized as an oversized SUV that was a horrendous gas guzzler. There isn’t a clearer example of GM’s dedication to a greener future than turning one of the most polluting vehicles into a fully-electric powerhouse. 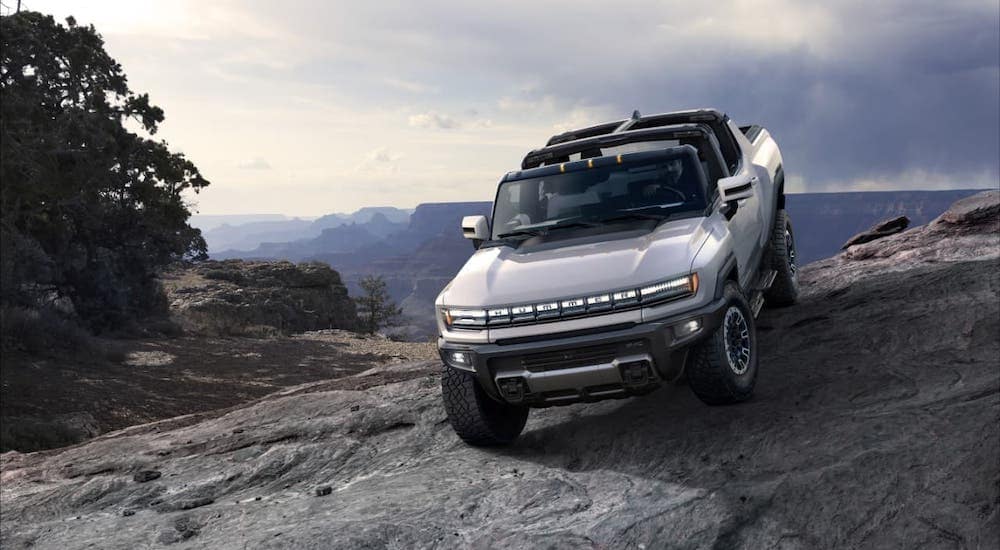 One concern people may have about electric cars is that you may not know when you need to drive far. What if something comes up and your vehicle doesn’t have enough juice. You can’t just rely on reaching a gas station like you might with a normal vehicle in a pinch. Thanks to the advancements in the battery technology used with the Ultium, now that won’t be a problem. You can charge fast with charging speeds up to 100 miles in 10 minutes. That is incredibly fast charging for such a large and complex battery.

The GM estimated driving range on the electric Hummer engine is 350+ miles! It is staggering to think that you could drive that long in such a huge and powerful vehicle like the Hummer and only need to stop and recharge after over 350 miles. This is an incredibly exciting and groundbreaking technology that is being put on full display with the new 2021 Hummer EV.

Plus, the power doesn’t stop at the groundbreaking horsepower and torque ratings. The Hummer EV can also go from 0-60 miles per hour in just 3 seconds. That’s faster and even a lot of performance vehicles on the market today. With capability like that, you have to wonder what other GM electric vehicles are going to be capable of.

If you are a driver who wants to be on the ground floor of the revolution of clean, electric-powered cars, then you owe it to yourself to take a look at the work being done at General Motors. GM is blazing a trail when it comes to electric power, and they are taking the EV industry by storm with the robust Hummer EV. The Hummer EV is only the first in a long line of innovative and powerful GM electric vehicles to come. Whether you are intrigued by the power and capability of the Hummer EV or more interested in the many new models that they plan on releasing in the years to come, GM is sure to be on everyone’s radar when it comes to the future of energy.